VOICES ABOUT THE ARTIST 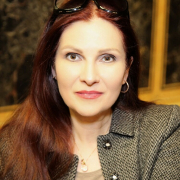 “The Mystery of the Feminine”

For me, Lukas Walcher is one of the most important young representatives of art brut in Austria. Lukas Walcher’s art is authentic, powerful, direct, he doesn’t allow himself to be bent or influenced, he doesn’t squint at fashions and currents.

When I first encountered the works of Lukas Walcher, I was impressed by his feeling for form, his sure line, his courage and his confidence in color, which testifies to a stupendous sense of color. His powerful drawings, his lively colorful paintings in wonderfully bright but never garish colors do not leave the viewer indifferent. They have the power to be transferred into the subconscious to experience and be touched internally.

The human body, especially the female one, fascinates Lukas Walcher. He reduces it to its basic forms, disassembles and alienates it – and thereby concentrates it on the essentials. Even in what at first glance appears to be an informal work, a closer look reveals eyes, mouths and female figures. He achieves an inner independence from the image of nature that enables him to create a higher reality out of shapes and colors. In addition to the bright colors, the graphic element – in line and contour – is an essential part of his work. But you can always feel the spontaneity and power in his work.

Reduced, clear, sometimes almost striking, he does not lose himself in details, he abstracts – and by “omitting the unnecessary”, as Walter Koschatzky put it, the effect is all the stronger. This is exactly what Herwart Walden – editor of the “Sturm”, an important journal of expressionism – spoke about in Berlin in 1912 when he said: “The painter does not paint the impression from the outside, but the expression from the inside…” 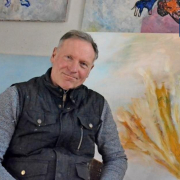 With a kind of innate pictorial language, Lukas Walcher takes on themes that he immediately transfers to his world of forms.

The forms themselves seem to speak to him directly and powerfully, it seems like one and the same process: painting and looking at the images that are created immediately. It’s exciting, because he seems to see a secret in things, and he will always write forms and stories with his pictures that are not directly legible. For me, its subjectivity also challenges an allegedly objective view and description of a form. What can actually be seen from the human perspective? 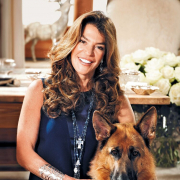 I have been collecting Lukas Walcher’s paintings for more than 15 years. When I saw his pictures for the first time, I fell in love with his work, and it was immediately clear to me what potential he had.

And that has also come true in these 15 years. Lukas Walcher’s development is great, which is why I was also happy to support him as a mentor and patron, and I will continue to do so with great pleasure. Also, because he is not only an exciting artist, but also an interesting personality. I’m convinced that Lukas will surprise us a lot in the years to come. 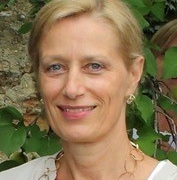 Lukas Walcher touches – as an artist, as a person, as a young man, as a globetrotter and self-seeker. His artistic expression is diverse, his “obsession” in the creative process overwhelming, his development constant and goal-oriented.

His thirst for knowledge knows no bounds, his development process is far from over.

I’ve been accompanying and observing Lukas for a little over 10 years and I’m not stopping. Some of his works surround me at home and make me feel joy and gratitude. 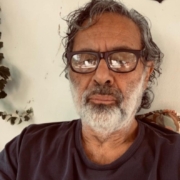